NEXT
"Will the Internet Survive?"

History of the Infrastructure 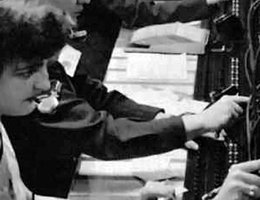 Courtesy U.S. Strategic Command
The federal government’s decision in 1948 to locate the Strategic Air Command (SAC) near Omaha was a key reason that Omaha became a state of the art communications center.

SAC (now U.S. Strategic Command) had a mission to lead U.S. military operations in the event of a nuclear war. They needed the most advanced communications system possible. As a result, the local telephone company installed an incredibly large and complex telecommunications infrastructure, staffed with people who knew how to run it. It built a communications network that could stand up to a nuclear blast. Peter Kiewit Sons Inc. was the construction company that dug the trenches and laid the cable.

Eventually, Kiewit realized that businesses might want access to all that bandwidth, too. For a risky $10 million, they built a high new high capacity telephone network in 1987. By 1992, Omaha became one of the first cities in the U.S. to receive a fiber-optic cable network. Omaha was wired with fiber optic loops and major trunk lines supporting the telemarketing operations.

As of the end of the 20th century, Omaha still had some of the most advanced telecommunications infrastructure in the nation — in equipment and people.

NEXT
"Will the Internet Survive?"