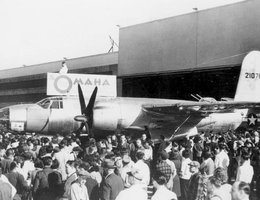 Even before America entered the war, production for it had begun. In Omaha, for instance, the Martin Bomber Plant was commissioned in September 1940 — well over a year before Pearl Harbor. Other plants were commissioned across the country to build bombs, tanks, rifles, and other weapons, some for sale or "loan" to other countries and some for our own stockpiles.

Although many Americans felt that we were isolated from the war, many in the government were committed to preparing for war long before we were in it. The idea was to build a large "Arsenal for Democracy". 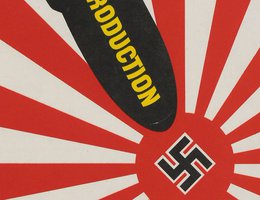 In World War II, there were 13 million men in uniform. Four times as many workers — up to 66 million — supported them on the home front. Despite the many inequities tied to the construction of the war plants, the quantity of munitions churned out by Nebraska’s war industries was diverse and staggering.
From the 1980 NET Television program Legacies of World War II 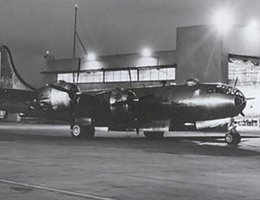 The Martin plant was created when the U.S. War Department directed that two new assembly plants be built in the interior of the country (at least 200 miles from a coast). It was formally established on February 14, 1941, with the signing of a contract between the Martin Company and the U.S. government for the construction and operation of such a plant at Fort Crook (later Offutt Air Force Base). The Nebraska plant was owned by the War Department and operated under its supervision. The Glenn L. Martin Company facility in Baltimore could not supply all the B-26 medium bombers required by the U.S. Air Forces. 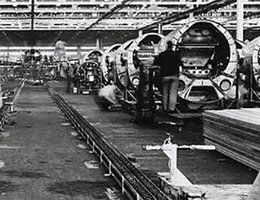 Even before Pearl Harbor, rumors were rampant that other Nebraska communities would be chosen as sites for government defense plants. Due to the efforts of Nebraska congressmen and senators, vital war plants subsequently were built near Omaha, Mead, Hastings, Grand Island, and Sidney. While the Martin Bomber Plant, Nebraska Ordnance Plant, Hastings Naval Ammunition Depot, Cornhusker Ordnance Plant, and Sioux Ordnance Depot each employed thousands of Nebraskans and brought additional workers to the state, they also created severe housing shortages. 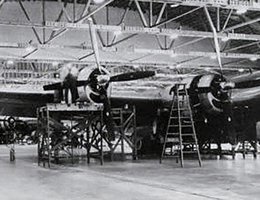 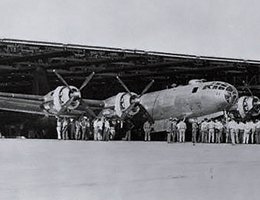 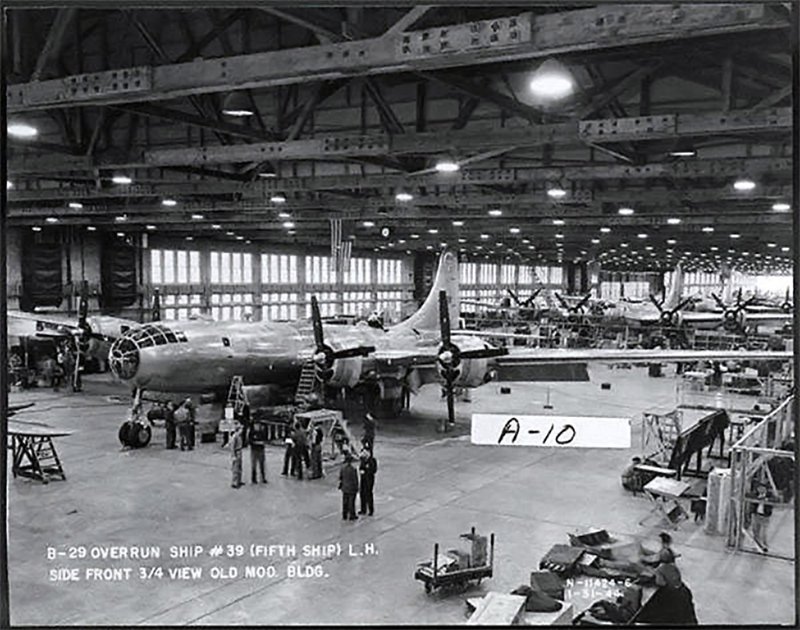 The Glenn L. Martin Company assembly plant and modification center near Omaha was an important part of Nebraska’s contribution to America’s World War II effort. Over 2000 bombers were produced at the Martin bomber plant, and many had the latest technology at that time. 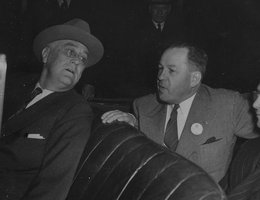 Throughout the war the plant needed large numbers of workers so there were many advertisements by radio, newspapers, and government agencies. Many who applied were recent high school graduates searching for their first jobs, while others wanted to leave low-paying jobs. They were attracted by fairly high pay. However after the Pearl Harbor bombing, many workers entered war production because they believed it was their patriotic duty. Also even simple bomber plant jobs seemed to be exciting. One former employee recalled, "It’s just the idea that you were doing something and that you were right in the middle of things. Being right there, we heard all the war reports."

The Martin plant won the Army-Navy "E" Award four times for its outstanding record of 33 consecutive months of on-schedule production. The plant also had a critical role in ending the war.