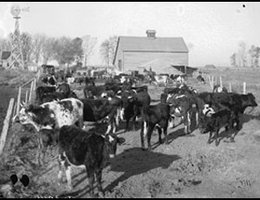 Several events caused an increase in the number of cattle in Nebraska after the Civil War. The destruction of the Plains bison made more room for cattle, and Native Americans needed a new meat source. Meat-processing plants in Chicago and gold miners rushing to the Black Hills needed beef. The enormous growth in the beef industry caused many changes and challenges.

In the 1870s, Americans’ taste for beef became more refined. The Texas Longhorn, the animal that could take care of itself, produced lean and tough meat. Americans wanted the more tender and flavorful meat produced by breeds like Hereford and Angus. 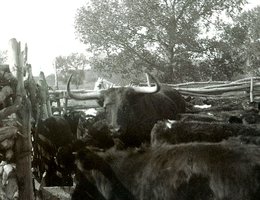 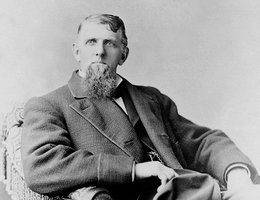 Alexander Hamilton Swan, a Scottish rancher from Wyoming, was one of the first to try to fulfill this new beef preference. Swan was so influential that his admirers acted much like fans of a famous celebrity would today.
From the 2008 NET Television production Beef State 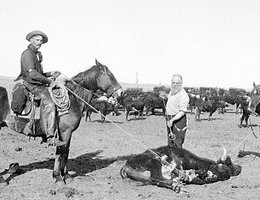 Enclosing cattle was a big change from the early ranching style in Nebraska. Those who brought cattle north from Texas after the Civil War also brought their ideas of land use which they learned from the Spanish. In Texas, the "ranch" was simply a cluster of buildings. Cattle roamed freely on public land, taking care of themselves.
Cattle were branded so that an individual could identify his animals. Periodically, the rancher would organize a roundup to gather his cattle together and “drive” them to market.

When early ranches were created in western Nebraska, they followed this Spanish-Texan model. Cattle roamed on huge tracts of land. For example, an early Nebraska rancher, John Bratt, had a ranch that extended from North Platte to the Republican River. 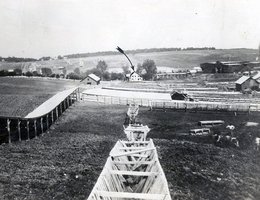 The Birth of the Stockyards

Ranchers managed to acquire or "borrow" huge tracts of land for their cattle. But many of them noticed that it was a long way to take their cattle to Chicago for meat-processing.

In 1882, Alexander Swan came to Omaha and urged business leaders there to consider creating a stockyard. He and others, including Englishman C. R. Schaller, argued that shipping cattle the extra 500 miles to Chicago caused weight loss, and therefore profit loss.

They also noted that Omaha was a transportation center, with the Union Pacific Railroad and the Missouri River. The Missouri provided an adequate water supply and excellent drainage, both necessary for raising stock. Swan noted, too, that there was plenty of corn and grass to fatten the cattle.

In 1884, a group of investors built cattle pens on 10 acres of ground. Then, just two years later, the investors built the Livestock Exchange building. As the stockyards grew quickly, so did the number of animals it processed. Soon meatpackers set up packing plants near the yards. By 1890, South Omaha was the center of an expanding western meat industry. The stockyards and packing plants became essential to the city of Omaha’s economy.