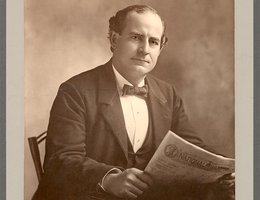 William Jennings Bryan was a prominent force throughout his political life from the 1890s to the 1920s. During his early career, he had supported a variety of progressive measures, but prohibition was not at the top of his agenda. In his private life, he did not drink alcohol, had taken a temperance pledge as a child, and felt prohibition would contribute to the moral improvement of the individual and to civic progress. He stressed temperance and opposed the saloon. But his public, political record in Nebraska from 1887 to 1910 was more anti-prohibitionist than prohibitionist. He did not make prohibition a major plank in his personal political platform. In fact William Jennings Bryan as well as his brother, Charles Bryan, had taken the position since the 1880s that any attempt to regulate individual habits through legislation on the basis of moral or religious grounds would not be successful.

In 1910, Bryan abandoned his neutral stand on prohibition and fought to encourage members of the Democratic Party to follow the "dry" track and forsake the "wet" track. He announced he was going to introduce a county option plank in the Democratic state convention in 1910 that would enable counties to regulate the sale of alcoholic beverages in the entire county. He now declared that the government had the right to regulate the sale of liquor and that right included the right to prohibit the saloon. He wrote in 1910, "The fight against evil is always an uphill one, and the hill is never steeper than when you fight the liquor interests." Bryan went on:

"I think that we ought to have a law allowing the state to control the liquor traffic without interference from outside breweries and distilleries, and I can see no good reason why we should not compel an applicant for federal license to give notice of the application, and thus put the authorities on guard if he is trying to secure a license to sell liquor in violation of local laws." 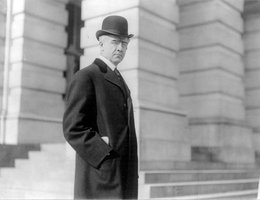 Gilbert M. Hitchcock, second district Congressman, was elected to the Senate in 1910 and offered a different view on county opposition. He viewed it as a first step towards state prohibition:

"The liquor question is in no sense a political one; it is a moral, education, and religious question... I am fully persuaded that you can no more legislate prohibition into the life of a man that you can legislate into him religious ideas."

Hitchcock’s stand eventually cost him his leadership of the Democratic Party. By 1918, both the Republican and Democratic parties had added prohibition to their platforms.

Bryan was the only nationally known political figure to take up the prohibition cause as early as 1910 and continue the fight until the eventual passage of the 18th Amendment.

Gilbert M. Hitchcock and William Jennings Bryan are both in the Nebraska Hall of Fame.
Learn more about them and all the Hall of Fame members.