PREVIOUS
Progressing into the 20th Century

NEXT
Public Land: Whose Land is It? 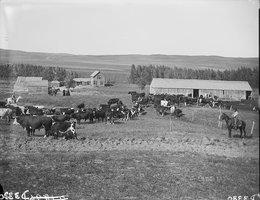 As Nebraska entered the 20th century, its ranchers had learned from ranching experiments of the 1870s and 1880s and the Depression of 1898. Ranchers did well with their improved herds and high demand. Meatpacking was by far the state’s leading business. Cattle ruled Nebraska’s economy. 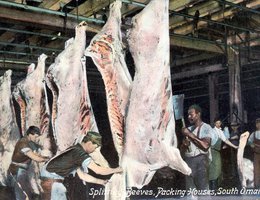 But there were also big problems.

The jobs provided by the expanding stockyards and packing plants attracted a wave of new immigrants to South Omaha. And particularly during World War I, large numbers of African Americans migrated from middle southern states (like Missouri and Arkansas) to Omaha to work in the packing houses. The black population swelled from just under 4,500 in 1910 to over 10,000 in 1920. 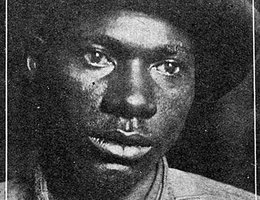 Read more about it: Will Brown’s story

When the war ended, returning soldiers found that their jobs were now occupied by African Americans, creating serious racial tension. This tension exploded in the fall of 1919 when a packing house worker, a black man named Will Brown, was accused of assaulting a white woman. Brown was lynched, and then shot; and it took the U. S. Army to come in to restore order. Brown suffered from rheumatism, and later reports determined he was physically incapable of committing the accused crimes.

The Gate City: A History of Omaha

Find out about the award-winning, Sandhills quilter, Grace Snyder,
who incorporated her ranch life into her quilts.

PREVIOUS
Progressing into the 20th Century

NEXT
Public Land: Whose Land is It?