NEXT
The Great Depression

As early as the 1870s, ranchers knew that genetics were important. As their markets changed, they needed to produce cattle that in turn produced the quality of beef that their consumers wanted.
From extra footage from the 2008 NET Television production, Beef State

In the very first issue of Nebraska Farmer, published in January 1877, there were two articles on the importance of breeding. One, entitled "Galloway Cattle", praised the breed for its size, endurance, and traits, making it well suited to Nebraska. Another, "Law of Breeding", published an address given by Professor James Law of Cornell University, the nation’s leading agricultural institution of higher learning. It lists ten points for upbreeding your herd, including the selection of breeding stock and a caution against inbreeding.

The Nebraska Farmer January 1877 “Galloway Cattle” and “Laws of Breeding” 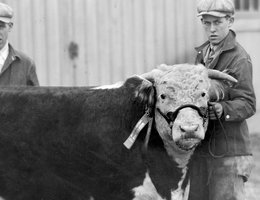 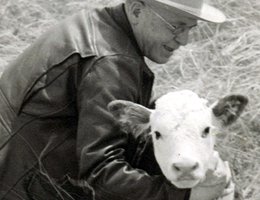 Through the 19th and into the 20th century, herds grew and improved. You only need look at the animals displayed at fairs and stock shows to see both the success in breeding and the pride of the breeders. 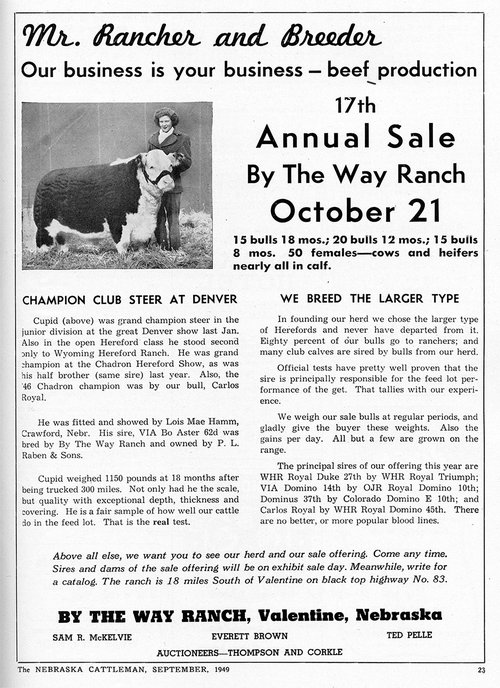 Continuing to improve the genetics of the herds meant bringing better bulls. Those good bulls were both expensive and big and they had to be with a producers cows in order to mate with them.Some breeders co-owned the top bulls, but that meant trucking those prize bulls back and forth between herds.

That problem found technological solutions. Though experimentation and development had been going on in Russia and Denmark since the late 19th century, beginning in the 1930s, American ranchers began using artificial insemination to improve their herd genetics. But it wasn’t until the early 1940s that refrigeration methods were discovered that allowed semen to be frozen, extended, and stored for use where and when breeders needed it.

This technology meant that the fine bulls produced on Nebraska ranches could sire calves with cows in other states such as Montana and Texas and almost anywhere else on earth. This technology, although, had its beginnings in the 1940's had little impact in Nebraska until the 1970's.

Advertisement Excerpt: Cattle Sale for the By The Way Ranch, owned by Nebraska Governor Sam McKelvie, 1949 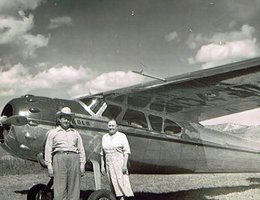 As early as 1933, rancher Essie Davis was one of those ranchers who began building better cattle bloodlines. By doing so, she stepped even deeper into the world of men. Once, former Nebraska Governor Sam McKelvie and Essie Davis stood bidding toe to toe on a particular Hereford bull. When Davis refused to quit, McKelvie exclaimed, "Who in h--l is that woman who thinks she can outbid me!" McKelvie’s neighbor turned to him and replied, "That’s Essie Davis and she CAN!"

In addition to improving bloodlines, Essie Davis advanced the cattle’s general well being. She took seriously and introduced a variety of grass types to improve the quality of the rangeland. She bragged that her pastures contained seventy varieties of grasses. In addition to the grasses, Essie and her son Thane, who became her ranching partner upon his graduation from the University, planted 250,000 trees. She called them "outdoor barns".

NEXT
The Great Depression