NEXT
Range Management as a Science 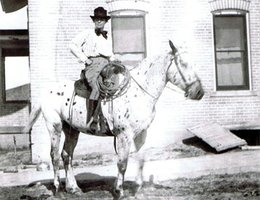 Although there certainly were Nebraska ranchers who played fast and loose with the law, there were others who did not. Essie Buchanan Davis was one of the "good guys".

Essie Buchanan was a hatmaker or milliner by trade and owned a hat shop in Ogallala. But she did travel with her father to local stock shows. During one of these trips to the Denver Stock show, Essie met the man who would give her a crash course in Nebraska agriculture – Arthur Thane (A. T.) Davis, the owner and operator of the 3,000-acre OLO ranch, in Cherry County, Nebraska. 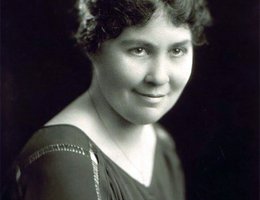 A. T. and Essie married in 1913, and their son, Arthur Thane Jr. (called Thane), was born the next year. Tragically, Essie’s husband died only a few months later. Essie was left with a four-month-old baby, a 3,000-acre ranch she knew absolutely nothing about running, and an $80,000 debt. Essie later told her biographer, Martha McKelvie:

"No crybaby stuff was ever to enter in. I would take my losses as a matter of course, or maybe, ignorance. Best of all, as I have found out over the years, I decided to live my life each day and live it so that I could look any man in the face and tell him to go to h - - l! . . . A woman’s ranch problems are no different than a man’s except that they are often emphasized or exaggerated." 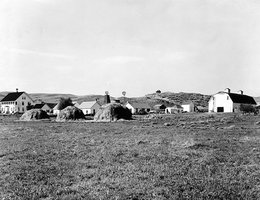 In 1919, Davis moved away, but returned about 1930, a bad time for ranching. The Great Depression was just beginning. In 1932, calves sold for a meager three cents a pound, and cows sold anywhere from two to thirteen dollars a head. Many ranchers simply sold out. 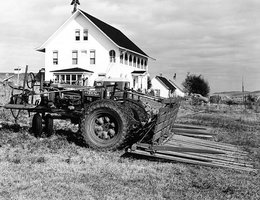 But with money accumulated from the earlier cattle sale and land lease, a large amount of borrowed money, and a good deal of care, Davis began to buy more land. By 1934, the OLO had gone from a 3,000-acre ranch to a spread of nearly 25,000 acres. Davis was one of those ranchers who benefited from defeated farmers who sold their 640-acre blocks originally given under the Kinkaid Act. Essie believed that the Sandhills was not meant for farming; once a plow broke the thick sod, the ground simply blew away. 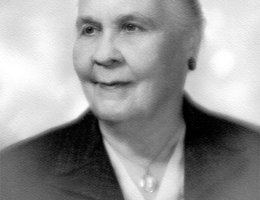 In 1939, Davis became the first woman in Nebraska to be awarded the coveted Master Farmer award. She was the fourth woman in the United States to be given that gold medal. After a long life, Essie Davis passed away on February 6, 1966. She was buried in the Hyannis cemetery in the Sandhills she loved.

NEXT
Range Management as a Science