PREVIOUS
Public Land: Whose Land is It? 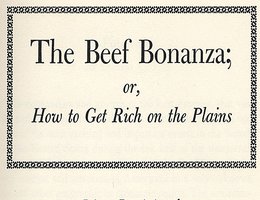 In other western states like Wyoming, the collision of the visions of land use between cattle barons and grangers erupted into range wars. In Nebraska, these wars were waged in the legislature and courtrooms. 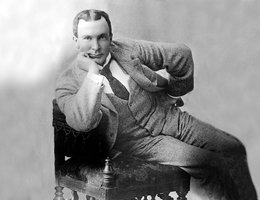 In 1885, the federal government passed legislation outlawing the enclosure of public lands. That law, without enforcement, was toothless and widely ignored until the presidency of Theodore Roosevelt. President Roosevelt ordered that fences around public lands had to be removed, and took particular aim at Bartlett Richards and Will G. Comstock.

Richards and Comstock were president and vice-president of the Nebraska Land and Feeding Company, which operated the Spade, Bar C, and Overton ranches. Their operations were huge, occupying more than a half million acres in Cherry, Sheridan, and Box Butte Counties. 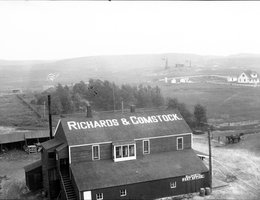 When President Roosevelt ordered fences removed, Richards and Comstock and other large ranchers asked for and received one-year extensions to remove the fences. But at the end of the year, the fences still stood. 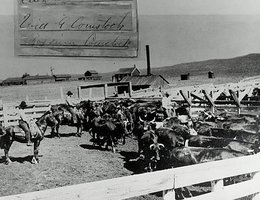 The ranchers’ refusal to remove their fences enraged President Roosevelt, who ordered legal action. In November of 1905, charges were brought against Bartlett Richards and Will G. Comstock, who entered guilty pleas. The presiding judge, William H. Munger, barely slapped the two on the wrist, ordering fines and court costs under $1,000 and a total of six hours in the custody of the United States marshal. Rumor had it that the marshal, T. L. Matthews, then escorted the two men to the Omaha Club, where they served their time over dinner and conversation.

Again, President Roosevelt was furious, but there was little he could do other than express sincere regret that federal judges were appointed for life. He did fire the United States Attorney and replace him with Charles A. Goss, who would go on to serve as chief justice of the Nebraska Supreme Court. There was nothing else Roosevelt could do . . . for now. 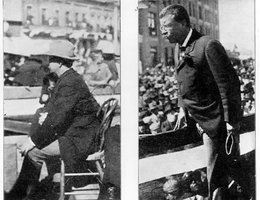 Theodore Roosevelt at one of his many stops on his campaign trip through Nebraska, 1900
Courtesy Nebraska State Historical Society, RG1255-1-7

Many of the large ranchers had used a variety of shady tactics to grab land, like deceitfully using Civil War widows or their orphans to take homesteads. The federal government sent investigators to Nebraska, and brought indictments against 26 men, charging them with conspiring to fraudulently secure title to federal lands. Richards and Comstock were among those charged. Prosecution was headed by U.S. Attorney Goss, assisted by S. R. Rush, an attorney from Omaha.

Their trial began on November 20, 1906, and lasted for a month. Richards and Comstock were found guilty, fined $1500 each, and sentenced to a year in jail. The convictions were appealed, but finally in 1910, Bartlett Richards was jailed in Adams County, Nebraska, where he died.

This article contains a summary of the Land Fraud Trial

Attorney S. R. Rush went on to become Special Assistant to the Attorney-General of the United States and prosecuted land fraud cases for fifteen years. These efforts by the United States government ended the free range era forever.

PREVIOUS
Public Land: Whose Land is It?