PREVIOUS
History of the Infrastructure

NEXT
The End of the Cold War

"Will the Internet Survive?" 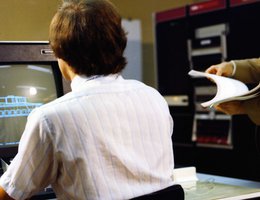 The Internet traces its beginnings back to a U.S. Defense Department project during the Cold War. The system was supposed to be a way to let computer users, attached to different networks, exchange data with each other.

The key questions were: 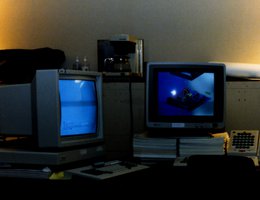 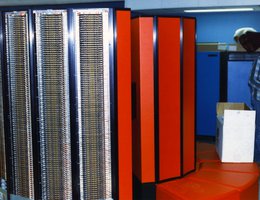 The Internet system was designed, in part, with just that possibility in mind. It was supposed to be based on a technology that would route information around damaged parts of the network and arrive safely at its final destination. Vinton G. Cerf, one of the Internet creators, stated that, if properly designed, the system could still function after a nuclear strike.

Simulations were done using special radios equipped with Internet technologies. What happened? At first, the network splintered, but the remaining sections of the network sought out each other and hooked up. They continued to transmit information across the surviving parts of the system.

Cerf, however, quickly added that the Internet was not immune to nuclear attack. If there is no path the routers can use to get data to locations on a given path, Internet access will disappear for anyone connected to that path.

While it is true the Internet has its roots in the Cold War and was a Defense Department project, the system wasn’t really designed for war. At first, it was designed to allow computing resources to be shared among a scattered group of users. Of course, the idea could also be transferred to military command and control situations.

It’s interesting that the Internet, a Cold War technology, will likely make its greatest contribution to promoting democracy in a post-Cold War world. It greatly increases the free flow of information into even the most oppressed societies. Dictators depend upon control of information. Control is essential to maintain a dictatorship. But the Internet makes it impossible for governments to control access to outside information. The Internet could be a tremendous force to spread democracy.

PREVIOUS
History of the Infrastructure

NEXT
The End of the Cold War