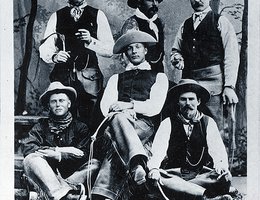 Because of the Blizzards of 1886 & ’87 and other reasons, these large ranches and their owners began to fade from the Nebraska landscape. Bartlett Richards was an exception.
From the 2008 NET Television production Beef State 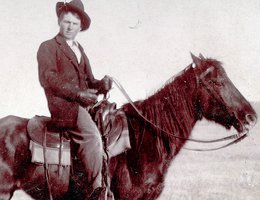 Although Richards acted as if he lived in Nebraska all by himself, he definitely did not. In the 1870s, more and more people came here to take advantage of the Homestead Act of 1862. They took 160 acre tracts of land and turned them into farms, chopping up the large pieces of government land that cattlemen like Richards had been using to range their cattle.

Find out what happens to Richards after the turn of the century.

Life was quite grueling for farmers in Nebraska, a land with a relatively small yearly rainfall. Many homesteaders did not make it, and ranchers took advantage of this fact.
From the 2008 NET Television production Beef State

Even though some farmers failed, others kept arriving. As the homesteaders chopped up the vast tracts of public domain land for farms, ranchers faced a dilemma. To profitably raise cattle, you needed more land than the Homestead Act allowed, and cattlemen employed some creative, often devious, tactics to acquire land. 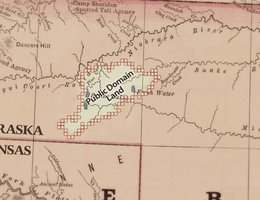 Find out more about the conflict between homesteaders and cattlemen.
From the 2008 NET Television production Beef State 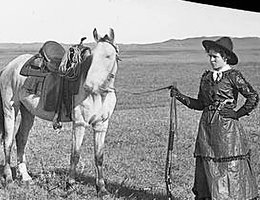 Some simply acquired title to tracts of land that would encircle public domain land. They could use trespass laws to keep homesteaders from reaching that land, allowing the cattleman to use the land as if he owned it. Others, like Richards, simply fenced off public land in defiance of the law.

You may have noticed that we’ve been using the term, "cattlemen". That’s because in this time period, the majority of ranchers were men. However, not all. Sadie Austin was a renowned rancher in Cherry County, Nebraska at the end of the 19th century. She rode astride a horse, instead of in the more lady-like side saddle mode, was a crack shot with a gun, and yet, was also a refined musician.