Progressing into the 20th Century 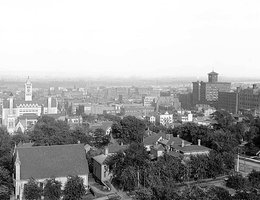 "The turn of the century." For many people, moving from one century to the next seems like a new beginning. In reality, the idea of a "century" is just numbers on a calendar or on a clock. (One should remember that there have been and still are different systems for telling time and counting the years.) In our western European civilization, however, a new century is a powerful symbol of progress. People look back at the last 100 years and remember the struggles that happened. And we tend to look forward with hope to the next 100 years. 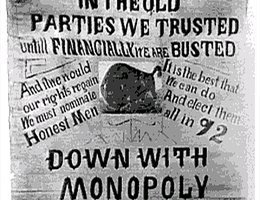 The Progressive Movement was concerned about a variety of issues, including monopolies cornering the markets
Courtesy U.S. Government

When the calendar changed from 1999 to 2000, the event was marked by celebrations and fireworks. Television networks broadcast the events live from around the globe as people in each new time zone marked the turn of the century.

The same sort of celebration happened when the century turned from 1899 to 1900, especially in the United States. After a century of European expansion into the west, the open frontier closed, and new and old residents had to figure out how to live together. The United States had almost split into two nations, and now citizens of the north and south, black and white had to figure out how to live together. There were political issues to sort out — what was the most fair way to govern this suddenly huge nation? And there were social issues that dominated the concerns of people. These people who were interested in progressive reform came together into a political movement known as "Progressivism." 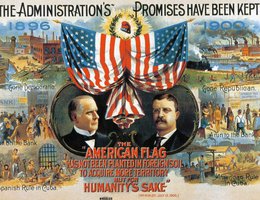 The dawn of the 20th century in Nebraska and across the nation signaled the birth of the Progressive Movement. Supporters of the movement were found in both major political parties, Democrat and Republican. While some of the alternative parties, like the Populists, were still in existence, their experiences in the 1890s had shown how hard it is to succeed outside of the two major parties. So, proponents of the Progressive Movement tended to work within the major parties, and they advanced a whole host of issues. Reformers tried to improve social conditions by implementing forward-thinking or "progressive" goals. 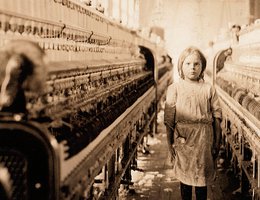 Many of the progressive concerns in the 20th Century had roots in our previous history. 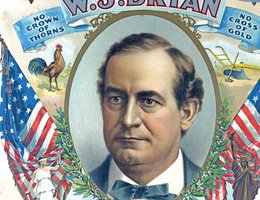 In Nebraska, also, these issues had been debated for years. Suffrage for women had been a reoccurring issue in Nebraska from the territorial days and had reemerged with vigor in the early 1870s. But, it would not be until the early 1900s that the state legislature would pass legislation allowing women limited voting rights — women could vote in municipal elections and for presidential electors. A prohibition law would be passed almost at the same time as the suffrage law.

Progressives faced bitter resistance from conservatives who tended to support unregulated social and economic systems, and opposed unions, reformers, socialists, communists, and anarchists. They believed that progressive reforms would take power away from the traditional power brokers — and actually, that was precisely the point. The conservatives argued that reform would lead to the destruction of capitalism and democracy.

Yet the Progressive Movement, for all its passion and rhetoric, would not completely dominate the news in the first quarter of the 20th Century. World War I loomed on the horizon and would share the center stage. The war would have a major impact on society and politics, both locally, nationally and internationally.

The Progressive movement would leave its mark on early 20th century Nebraska, but only after facing stiff resistance from conservative forces that saw the movement as an attack on established institutions and traditions.