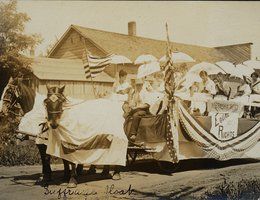 The battle over rights for women has a long history. In America, supporters of equal rights took a huge step when a small group of women met in Seneca Falls, New York, in 1848. Leaders such as Lucretia Mott and Elizabeth Cady Stanton came together and adopted a document that listed the rights women felt were being denied to them. High on their list of priorities was the right for women to vote — women’s suffrage. Winning the right to vote would take another 70 years.

The 1848 Seneca Falls Declaration of Sentiments 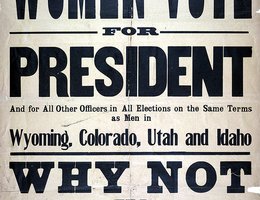 Gradually, the movement for suffrage gained some success. Limited voting rights laws in individual states were adopted in the late 1800s and early 1900s. Nebraska was not one of these states. For many reasons, Nebraska was one of the last states west of the Mississippi River to grant women the right to vote. Because voting is such a fundamental right, the fight over suffrage was long and hard, both nationally and in Nebraska. 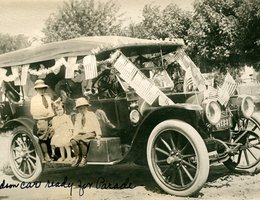 A Surprising Victory for Suffrage

After decades of parades, debates, and rallies, the Nebraska legislature surprised both suffragists and anti-suffragists by passing a limited suffrage act in 1917. Governor Keith Neville signed the act on April 21, 1917. Under the new law, women could vote in municipal (city) elections and for presidential electors. This act did not give not full voting rights because women still could not vote for statewide offices.

By 1918, 13 of the 17 states west of the Mississippi River allowed women to vote. Nationally, a proposed constitutional amendment allowing women to vote in all elections in the United States had been introduced in Congress. 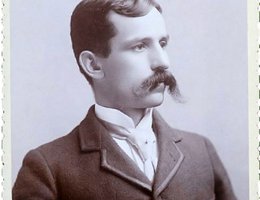 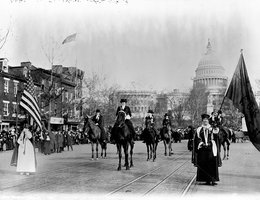 In 1918, with World War I behind him, President Woodrow Wilson changed his position. He began to support a national constitutional amendment to allow women to vote. In May 1919, the House of Representatives passed a suffrage resolution. Two weeks later, the U.S. Senate passed their resolution. Now it was up to 36 states to ratify (vote to approve) the amendment to the constitution.

In August, 1919, the Nebraska legislature met in a special session and unanimously ratified the 19th amendment to the U.S. Constitution. A year later, Tennessee became the 36th state to ratify the amendment. Within days, the U.S. Secretary of State certified the ratification, and women were finally allowed to vote in all elections after August 26, 1920.

In addition, a Nebraska constitutional convention proposed a full suffrage amendment to the state constitution, and the amendment was approved in a special election on September 21, 1920.