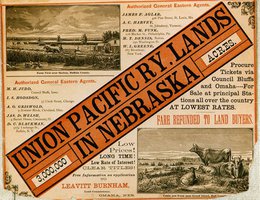 Imagine yourself as a farmer living in Europe in the mid-19th century. You own little or no land, have a large debt, and your taxes are due to the government. Then one day a friend comes to your door carrying a brochure printed by the "Union Pacific Railroad." The brochure says that the Union Pacific owns millions of acres in a place called Nebraska. The railroad will sell you land for a very cheap price, and you can take up to ten years to pay for it. Not only is the land cheap and reasonable, but the climate is mild and there are no heavy taxes. Wouldn’t you be a fool not to move?

The building of the railroad across the Great Plains meant more settlers and more competition with the Native Americans for the land. The transcontinental railroads wanted rights-of-way through tribal lands and needed white settlers to make their operations profitable. 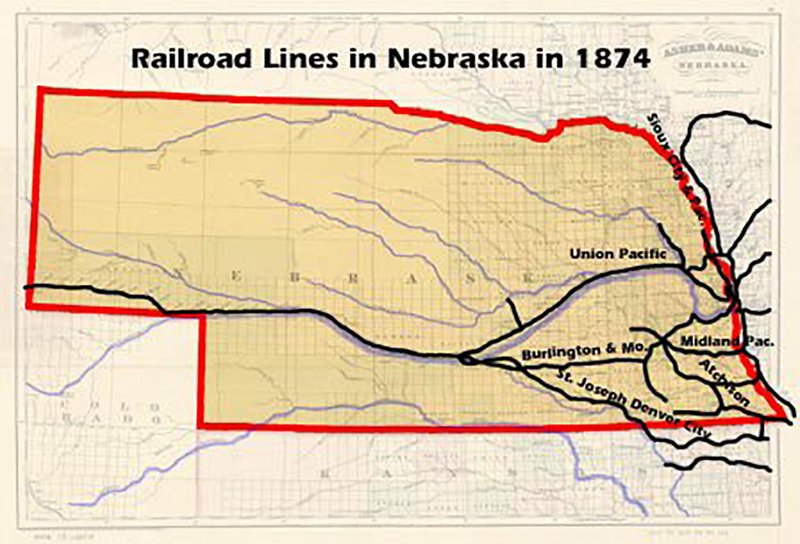 How and why did railroad companies encourage settlers to settle in Nebraska?

Identify the railroad lines that still exist in your community.

Do railroads carry the same products today as they did in the 1800s? Why or why not?

Are there more or fewer railroad lines in Nebraska today than there were in the 19th century? Why or why not?

Do railroads today carry the same freight as they did in the 19th century? Why or why not? Has there been a change in the passenger business?