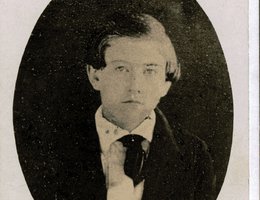 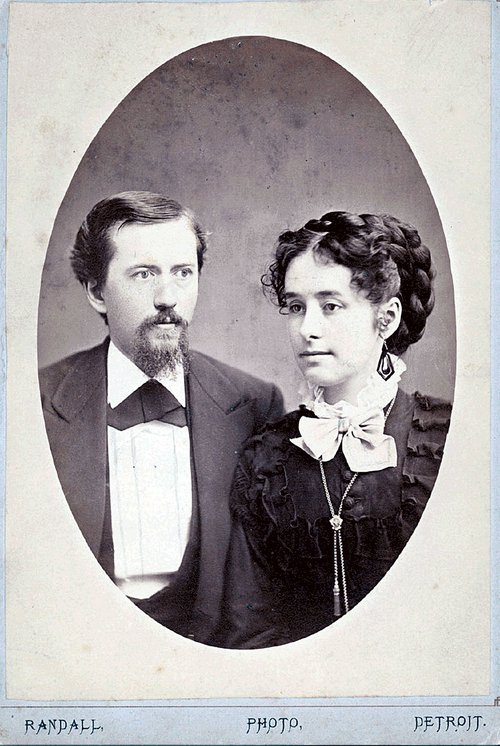 Notable Nebraskan, Julius Sterling Morton was born April 22, 1832 in Adams, New York. Morton, along with Robert Furnas, was the co-founder of Arbor Day.

At a young age, Morton knew he loved newspapers and nature. He pursued these passions throughout his life and today is known for both.

After finishing school at the University of Michigan, Morton married his school sweetheart, Caroline ("Carrie") Joy French in 1854. They left for the Nebraska Territory on the day of their marriage.

Morton and his wife, Carrie, settled in Nebraska City where he became the editor of the Nebraska News. His life-long interest in writing and publishing had begun in his grandfather’s newspaper office in Michigan. 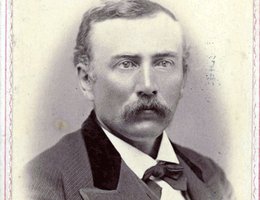 J. Sterling Morton jumped into the political scene soon after arriving in the Nebraska Territory.

In addition to being a pioneer statesman in the Nebraska Territory, Morton also pioneered in agriculture.

Living in Nebraska City, Morton carefully watched the growth of the Nebraska Territory through all its ups and downs. He did not believe Nebraska was the “Great American Desert”, but quite the opposite. He believed in our state’s agriculture and the honorable work of farmers. 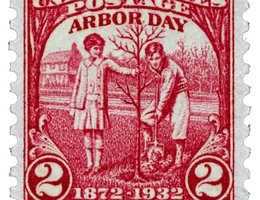 During the years between 1867-1882, Morton dropped out of politics in order to spend more time promoting agriculture. He served on the Nebraska State Board of Agriculture and was a member of the state’s Horticultural Society. He supported better farming methods, conservation programs, and tree planting. 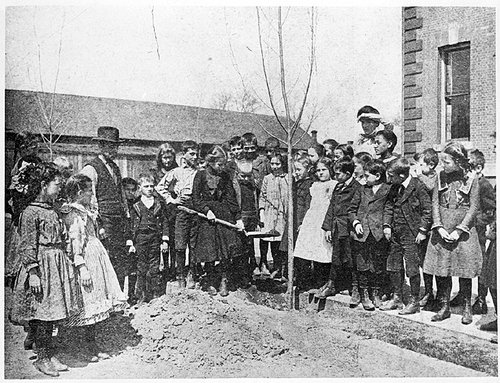 In 1872 the Nebraska State Board of Agriculture adopted Morton’s resolution to create Arbor Day, a day set aside to plant trees. Prizes were offered to counties and individuals for planting properly the largest number of trees on that day. It was estimated that more than one million trees were planted in Nebraska on the first Arbor Day.

Nebraska celebrates Arbor Day on the last Friday of April. All 50 states celebrate this holiday, although the dates may vary to match each local climate’s best time to plant trees. 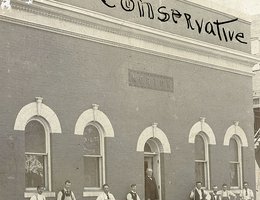 Morton standing in the doorway of the building where he printed "The Conservative"
Courtesy History Nebraska, RG2608-1265

President Grover Cleveland appointed Morton U.S. Secretary of Agriculture in 1893, and he served from 1893–1897. He worked on managing the department’s service to farmers. He was also involved in helping to set up national forest preserves.
He served in Washington D.C. until he returned to Nebraska City four years later. In “retirement” he started a new newspaper called the Conservative and wrote a history of Nebraska.

Morton died in 1902 at his son’s home in Illinois. J. Sterling Morton was inducted into the Nebraska Hall of Fame in 1975-76.

J. Sterling Morton is in the Nebraska Hall of Fame.
Learn more about him and the other members.

Was J. Sterling Morton a racist?

By today's standards the answer may be resounding YES! Many would argue that he was clearly a racist, but in his era it could also be argued that was just how things were at the time in history.. This short lesson examines this question, how to have a discussion about racism and a comparison of history vs. today.

What makes someone an outstanding citizen?

What is the difference between a good citizen and an outstanding citizen?

How is citizenship related to responsibility and service?