The Creation of SAC 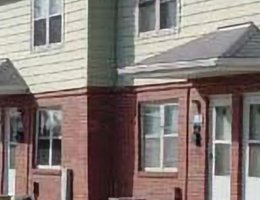 Housing was an early challenge for SAC until these apartment units were built
From the 1990 NET Television program, Cold Warriors Never Die

In order to protect itself and its allies from communism, the United States created the Strategic Air Command (or SAC) in 1946. The Command was responsible for a network of military bases and all of the atomic weapons of the United States. Two years later, Nebraska became a major player in the Cold War with the selection of Offutt Air Force Base (just south of Omaha) as the world headquarters for SAC.

The selection of Offutt was not by accident. First, Omaha was a central location protected from the coasts by half a continent. Also, Offutt had been the site of the Glenn L. Martin bomber plant bomber plant during World War II, and it had one of the few runways in the middle of the continent long enough to handle fully loaded B-29s. 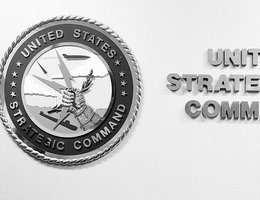 There were political forces at work as well. Nebraska’s two republican U.S. Senators, High Butler and Kenneth Wherry, were instrumental in securing SAC. Both men utilized their political connections in the Senate to lure Air Force leaders to Omaha. And the senators guarenteed that Omaha builders would provide adequate housing for more than 20,000 service personnel and dependents who would eventually staff the base. At the height of the war in Vietnam, over 36,000 airmen and their dependents, and an additional 2,000 civilians worked at the SAC headquarters.

Offutt AFB had played a key role in American military history for over 100 years beginning with the construction of Fort Crook in the 1890s. The 61st Balloon Company became the first air unit based at the post in 1918, and an airfield was created by 1921. The airfield portion of Fort Crook was designated Offutt Field in 1924 in honor of 1st Lt. Jarvis J. Offutt who was killed while flying with the Royal Air Force in France. He was Omaha’s first World War I air casualty. In 1940, Fort Crook was chosen as the site for the new bomber plant. The Martin Company began producing bombers in 1942, including the Enola Gay and Bock’s Car, the two B-29s that dropped the atomic bombs on Hiroshima and Nagasaki, Japan. Production ended in 1945.

The old frontier fort underwent startling changes in the Cold War years that followed. Operations at Offutt included the basing of alert bombers and tankers in the late 1950s and 1960s, support for intercontinental ballistic missile sites in Nebraska in the 1960s, and worldwide reconnaissance from the mid-1960s to the present.

Some Medal of Honor recipients are in the Nebraska Hall of Fame.
Learn more about all its members.