PREVIOUS
The Voyage of Discovery - Introduction

NEXT
Finding Their Way Through a Difficult Passage 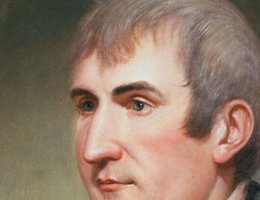 Meriwether Lewis was a Virginian and was trained by Thomas Jefferson. Lewis was familiar with western life. He was probably the most fascinating member of the expedition, but also the most complex. He suffered from serious emotional problems and sometimes acted without thinking. Lewis had what Jefferson described as "occasional depressions of the mind." Yet, he enjoyed a close personal relationship with Thomas Jefferson and knew Jefferson’s mind. He was Jefferson’s handpicked man for Jefferson’s pet project — exploration of the Louisiana Territory. He would become Jefferson’s eyes and ears in the West.

President Jefferson worked closely with Meriwether Lewis to make sure that he was well-prepared and able to plan what the group would need in the way of arms, food, medicines, camping gear, scientific instruments, and presents for the Indians. While the expedition ran out of such luxuries as whiskey, tobacco, and salt, they never ran out of rifles and powder. Those items were needed for self-defense and for hunting. They also never ran out of ink and paper, needed to record their findings.

After the expedition, Jefferson appointed Lewis as Governor of Louisiana. It was a mistake because Lewis was not a politician. He started buying and selling land, and he began drinking very heavily. He sank into a depression. His creditors demanded that he pay his debts, and Lewis became a physical wreck due to drugs (to treat malaria) and alcohol. He committed suicide in 1809. It was a very unfortunate end for a man who had great character and was an excellent leader. 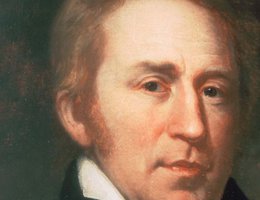 William Clark was older than Meriwether Lewis, but he knew much less about life on the western frontier. Exploring the Louisiana Purchase was the first time he experienced life in the west. Clark was skilled at finding practical solutions to problems, and he was an outstanding cartographer (map maker). His maps may look very simple and rough to us today. But, what made Clark so wonderful as a cartographer was that he had an incredible instinct and feel for the landscape. He seemed to know what was the most logical direction for a river to take, once it got out of his line of vision. He had the ability to recognize the landscape and record what he saw onto a map.

He had a much better career after the expedition than Lewis. He was promoted to General of Militia and became Superintendent of Indian Affairs until his death in 1838. He was popular with the Indians and kept peace among the Indians on the Mississippi River.

What were the effects of the expedition by Lewis and Clark? It depends on your perspective. To the Native Americans, it was the beginning of an end. Their lives will be changed forever by their contact with the fur traders, soldiers, and missionaries that follow in the wake of the Lewis and Clark expedition. Certainly the changes will be gradual, but changes none the less.

The changes will be no less profound for European Americans. President Jefferson’s orders were far-reaching. While Lewis and Clark did not discover a Northwest Passage or start the western fur trade or overland immigration, they certainly influenced the latter two movements. They provided valuable information about the topography, the biological sciences, the ecology, and ethnic and linguistic studies of the American Indian. The mysteries of the vast area known as the Louisiana Purchase quickly disappeared after Lewis and Clark.

Geographic discovery was an essential goal that Jefferson set for the expedition. Lewis and Clark recorded a wealth of scientific knowledge as they noted significant geographic features, made detailed route maps, and recorded their observations of longitude and latitude. Lewis performed most the astronomical duties and Clark charted the course and drafted expedition maps.

Jefferson was especially concerned that Lewis and Clark establish good connections with the Indians and carry out linguistic and ethnological studies. Consequently, they held several councils with the Indian tribes they met on their journey. The Americans wanted to open the door to diplomatic relations and gain access to trading rights with the Indians too. They were instructed to notify the Indians of the new sovereignty of the United States under the terms of the Louisiana Purchase. In making these contacts, they hoped to shift trade away from the Spanish, French, English, and Russian competitors and toward American interests. Lewis and Clark were viewing trade as a long-term venture, while the Indians wanted an immediate exchange or merchandise.

Lewis and Clark also were interested in aspects of ecology. They noted the land’s prospects for future agricultural use, while also studying plant and animal life, noting mineral deposits, and recording the country’s climate.

They also had some noteworthy accomplishments in the field of biological sciences. Lewis and Clark were the first to describe in detail the many plant and animal species new to science. They also provided a better understanding of the range, habits, and physical characteristics of many know species.

Above all else, it is an American story. An odyssey all Americans can share. There is something in the Lewis and Clark expedition for everyone. If you’re interested in science, you are introduced to new plants, new animals, and new territory. If you are interested in Native Americans, you learn about the American Indian culture before it is transformed by contact with white Americans. You can share in the excitement and the dangers encountered by the expedition. There is a tremendous caste of characters — a black slave, a young Indian woman, and white American males. All are working together to achieve a common purpose.

PREVIOUS
The Voyage of Discovery - Introduction

NEXT
Finding Their Way Through a Difficult Passage