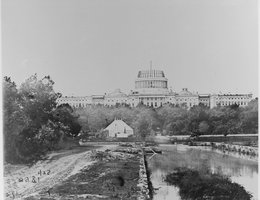 When the 37th Congress met on July 1, 1861, members returned to an unfinished capitol building, several unfinished laws, and news of the first battles of the Civil War. But even during those awful times, three major laws were passed that affected the history of Nebraska. Why did Congress and President Abraham Lincoln turn their attention to homesteading, the creation of land grant colleges, and the transcontinental railroad in a time of war?

Before the Civil War, Northern states had wanted to open up the West to settlement. They thought that homesteads, the transcontinental railroad, and land grant colleges were important to that process. 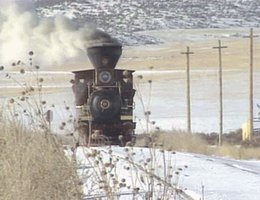 Cultural geographer John Hudson discusses the relationship between Civil War and the Union Pacific.
From the 1991 NET Television program, The Platte River Road.

Northern lawmakers believed that all of these were necessary for successful settlement and the creation of new states.

Southern representatives had opposed all three acts because they knew if new states were created, they would be non-slave states. So, the southern states chose to leave the Union. After that, there were no opponents to the three acts in Congress. The Homestead Act was passed by Congress in May, 1862. The Union Pacific Railroad was chartered on July 1, 1862 when President Lincoln selected a route that would pass through Nebraska. And the Morrill Act was signed into law on July 2, 1862.

One part of the Homestead Act gave special treatment to veterans of the Civil War. After the war, a soldier would be allowed to deduct the number of years that he served in the Union Army from the five-year residency requirement. Any person who had fought against the Union was not eligible. So the Homestead Act was passed, partly, as a recruiting tool for the Army. 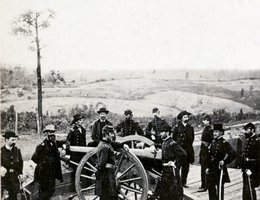 General William Sherman leaning on breach of gun with his staff at Federal Fort Nov. 7, 1864. Uriah Oblinger served under Sherman in the siege of Atlanta, just after the letter below.
Courtesy Library of Congress, LC-B8171-3626 DLC

But there is little evidence that Union soldiers thought much about homesteading during the Civil War. For instance, Uriah Oblinger was a veteran, and he did later homestead in Nebraska. But none of his letters that survive from the Civil War talk about his plans to take advantage of the Homestead Act. Instead Uriah’s letters are mostly about with survival. Historians say this is common for Civil War letters.

All three acts caused major growth in Nebraska’s population. In 1854, before the Civil War, there were only 2,732 settlers clustered in towns like Omaha and Brownville along the Missouri River. By 1870, there were over 122,000 settlers in towns and on farms as far west as Grand Island and Kearney.

Some Civil War Medal of Honor recipients are in the Nebraska Hall of Fame.
Learn more about its members.