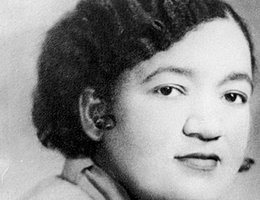 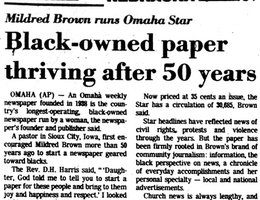 Notable Nebraskan, Mildred Brown was born in Bessemer, Alabama in 1915 to a prominent black family. Her father was a respected minister. Later, Mildred would become a well-known and admired civil rights activist and leader of the African American community in Omaha.

At the age of only 16 in 1931, Mildred graduated from Miles Memorial Teachers College in Birmingham, Alabama. She became an English teacher. After marrying S. Edward Gilbert in 1936, she moved with him to Chicago and then Des Moines. There she attended Drake University in journalism.

The couple moved again, this time to Sioux City, Iowa, where Gilbert became the editor of the Silent Messenger. Mildred sold ads and wrote copy for news stories. This experience prepared them for creating their own newspaper, the Omaha Star.

Lincoln Journal story on Mildred in 1989 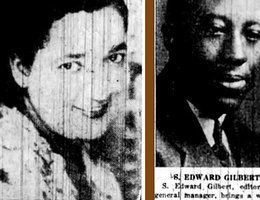 From the first edition of the "Omaha Star" on July 9, 1938; presenting Mildred and Gilbert as owners
Courtesy History Nebraska, RG2608-1265

Soon after working in Sioux City, Mildred and Edward Gilbert moved to Omaha where she sold ads for the Omaha Guide. By 1938 the couple were ready to start their own paper, the Omaha Star. On July 9, 1938, the first issue of the Star was published. Six thousand copies were printed and sold for ten cents each.

Mildred was the Advertising Manager and Financial Secretary. She sold ads to local and national companies and kept track of bills and payments to the paper. Edward was the General Manager. He made sure the articles were ready for print. In 1943, Mildred and Edward divorced. Edward left the paper and Mildred was in charge of everything as the Advertising and General Manager.

By 1945, the Omaha Star was the only remaining African American newspaper in Omaha.

During World War II, the asked challenging questions of their readers, such as: “What does it mean to be a citizen?” The paper encouraged full participation in the war efforts.
From the 2000 NETCHE program by NET Television, Three Nebraska Women 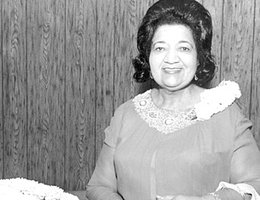 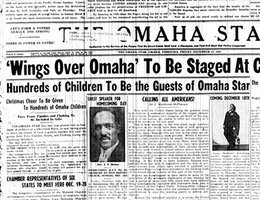 The Omaha Star brought "joy and happiness" with upbeat news about the black community. Positive role models were celebrated, families were honored, and individual accomplishments such as new jobs or graduation from high school or college were common features. The Omaha Star reported local as well as national news with black perspectives. The Omaha Star also encouraged its readers to become involved politically by voting. 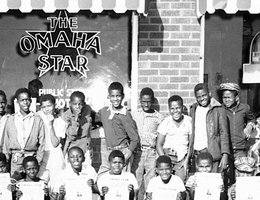 Mildred understood the importance of jobs and used her paper’s power to develop and expand opportunities for African Americans in Omaha. The paper refused ads for businesses that would not hire blacks and called for boycotts of local and national businesses that discriminated in hiring.
From the 2000 NETCHE program by NET Television, Three Nebraska Women 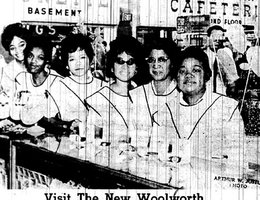 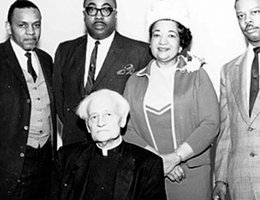 Mildred Brown worked tirelessly to help young people in her community. She provided jobs for young men and encouraged them to be responsible and to work hard. Brown also believed in higher education and provided many scholarships to young people.

Mildred believed her paper should be the center for social activism. The motto under The Omaha Star’s banner reads:

"Dedicated to the service of the people that no good cause shall lack a champion and that evil shall not thrive unopposed."

Brown also worked to correct hiring practices of many businesses in Omaha that had previously excluded African Americans from the workforce. In the businesses that hired blacks only for unskilled jobs, Brown worked to expand their job opportunities.

Mildred also made a point to include stories in The Omaha Star about companies that used positive hiring practices, such as this 1962 example:

"The store (Woolworth’s) did not discriminate in its hiring policy. It hired people in accordance with their ability to produce and that is the way to put democracy in action." 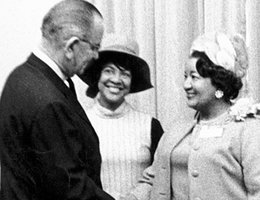 When the club was asked to leave Creighton University (because they were too controversial and conducted "too much activism"), they continued to meet at the office of The Omaha Star, thanks to Mildred stepping in. The DePorres Club protested against segregation and helped African Americans in Omaha find jobs. 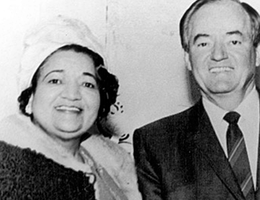 As a journalist and publisher, Mildred’s circle of friends was wide, taking her on many travels for business, conventions, social events, and meetings with other publishers of both black and white papers. In the 1960s, President Johnson appointed her a goodwill ambassador to East Germany. He commended her for her paper’s balanced coverage of both civil rights and racial riots of the era.

Mildred Brown’s legacy is easy to see in Omaha today. The ever-expanding rights of all people is proof of her accomplishments. Mildred Brown was the first African American and one of the very few women to be inducted into the Omaha Business Hall of Fame.

Mildred Brown died in 1989. The Omaha Star operated under the leadership of Mildred’s niece, Dr. Marguerita Washington, until her death in 2016. The Omaha Star is still being published.