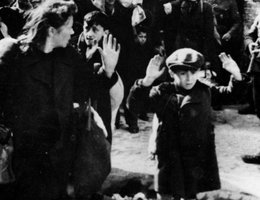 German storm troopers force Jewish people from the Warsaw ghetto to move with their hands up; Warsaw Ghetto — May, 1943, from "The Stroop Report: The Warsaw Ghetto is No More"
Courtesy The Holocaust History Project

One horrible by-product of war is that crimes against humanity sometimes occur away from the battlefields. A very sad example was the creation of concentration camps by Adolph Hitler’s National Socialist political party. Racist, nationalistic, imperialistic, anti-communist, and militaristic, the "Nazis" claimed that Jewish people were members of an "inferior race". 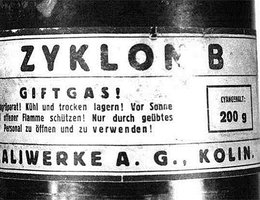 Zyklon B, one type of lethal gas used by the Nazis to murder people in concentration camps
Courtesy Thomas J. Dodd Papers 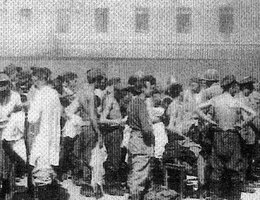 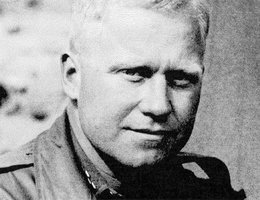 The Allies declared Victory in Europe (V-E Day) on May 8, 1945. Nebraskan Roy Long was one of the troops who helped liberate the Concentration Camps.
An NET Television’s THE WAR: NEBRASKA STORIES interstitial.
Courtesy 2007 NET Foundation for Television

In order to accomplish this horrible task more "efficiently", the Germans shipped Jews (and other "undesirables", such as Gypsies or disabled people) to concentration camps. Here, killing was carried out in systematic ways, mostly with poison gas. 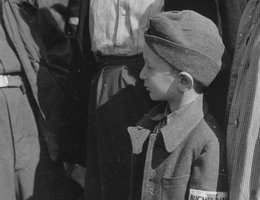 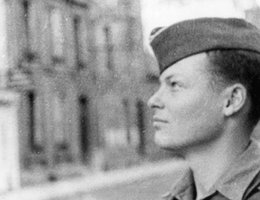 When Nebraskan soldier Roger Peters had a small accident with a motor scooter in Germany after the Allied victory, he came across an ex-detainee of the Bergen-Belsen concentration camp and discovered a new meaning for the word, Freedom.
An NET Television’s THE WAR: NEBRASKA STORIES interstitial.
Courtesy 2007 NET Foundation for Television

The conditions in the camps were terrible. The prisoners had been starved, were often physically harmed, and suffered from disease due to neglect — no heat, no water for bathing, no health care, etc. It was a difficult sight for U.S. soldiers who helped liberate the camps. 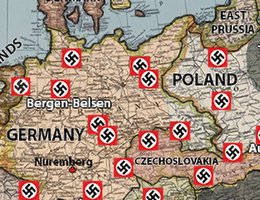