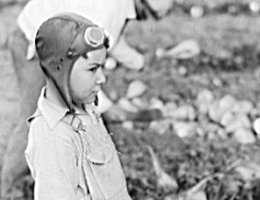 "Ironically, at home, the soldier’s mothers, wives, and daughters were being told, ‘Go home to Mexico, where you came from.’"One mother is reported to have said, ‘Send my son home from Germany first.’ "
—From Our Treasures, A Celebration of Nebraska’s Mexican Heritage by Dr. Emilia González-Clements

In the early 1900s, Mexicans migrated to Nebraska in large numbers for many reasons. Some left Mexico to escape the Mexican Revolution. Some came here to better their economic condition. Nebraska offered work in the beet fields, a fast-growing industry at that time, and on the railroads. But even though Nebraska needed them, these workers and their families were often victims of discrimination. 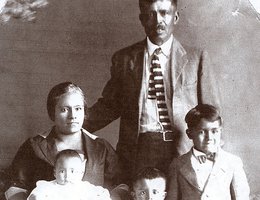 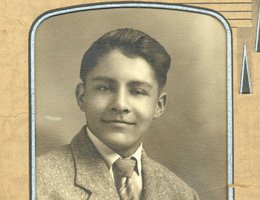 Latino Pride: Nick Garcia describes his experiences on Okinawa and what it was like to finally go home from the war.
An NET Television’s THE WAR: NEBRASKA STORIES interstitial.
Courtesy 2007 NET Foundation for Television 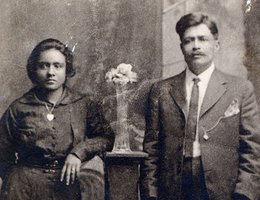 In Mexican American traditional culture, patriotism is very important. Many Nebraskans with Mexican roots enlisted and served proudly in the military during World War II. Even though Garcia and his family experienced prejudice at home, Latino pride kept them from shirking military duty.