PREVIOUS
Combat: Over There 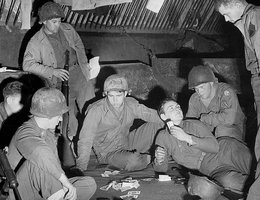 "Outside of the death of one’s own child, I think sending a boy to war would be the most difficult."
—Marialyse Hager Knobel
Fairbury High School Student

What happened to Corporal William E. Green is one of the many stories of a mother experiencing both the anxiety of sending her son to war, and then, the pain of losing him there. Bill Green was in Europe only a few months before he was killed at the Siegfried Line between Luxemburg and Germany on February 27, 1945. 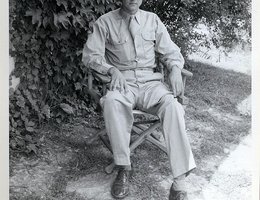 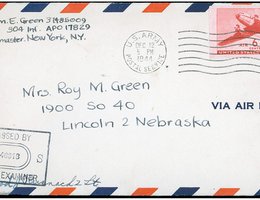 Read some of the letters Green wrote his mother, Mrs. Roy M. Green.

This series ends with a letter from Chaplain Edmund R. Lynn and the Lincoln Journal newspaper story about Bill Green’s death.

When a person was killed overseas during World War II, a telegram would be hand-delivered to the closest family member. That’s how Margaret Van Neste heard that her husband, Captain Keith G. Van Neste, had become another of the over 4000 Nebraskans killed in World War II. He was killed in a mortar attack while trying to repair a wire line in Schkopau, Germany on April 13, 1945. 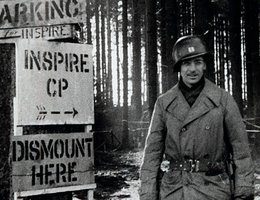 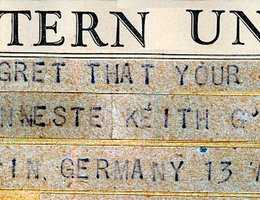 Read some of the notices and honors awarded Captain Van Neste posthumously (after his death).

PREVIOUS
Combat: Over There