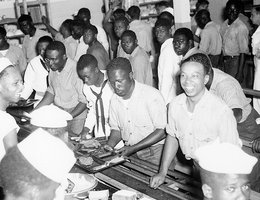 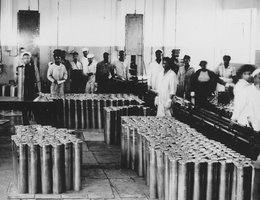 "It was something different to see minority people. . . . their presence was a little uncomfortable for some residents in the community."
—Elaine Hatten, Hastings, NE 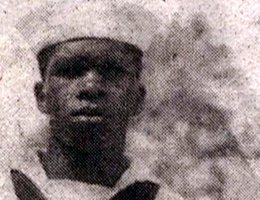 Racism was a serious problem in World War II. The defense factories needed more workers than small towns in Nebraska could provide. When hundreds of diverse people arrived to help out, they were not always treated with respect. Willie Tripp wasn’t born in Nebraska, but moved to Hastings to work at the Hastings Naval Ammunition Depot. 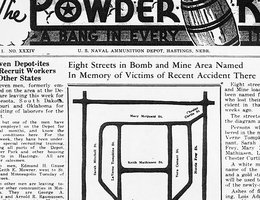 April 28, 1944 issue of "The Powder Keg", the Hastings Naval Ammunition Depot newsletter. In contrast to the Navy having no record of Willie’s accident, this issue reports streets being named for those killed.
Courtesy Nebraska State Historical Society, 623.4.P87 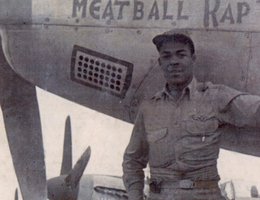 In contrast to the Navy having no record of Willie’s accident, this issue reports streets being named for those killed. 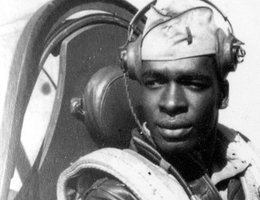 Tuskegee: Radical Experiment Paul Adams and Charles Lane recall the racism they encountered on the ground in contrast to the freedom they felt in the sky. An NET Television’s THE WAR: NEBRASKA STORIES interstitial. Courtesy 2007 NET Foundation for Television

Before 1940, African Americans were barred from flying for the U.S. military. But in 1941, an Army Air Forces (formerly Army Air Corps) program was started in Tuskegee, Alabama to train African Americans to fly and maintain combat aircraft.
By the end of the war, the Tuskegee Airmen had destroyed 261 enemy aircraft. The "Redtails", as they were known, flew 200 bomber escort missions against some of the most heavily defended targets in Axis territory and lost a very small number of friendly bombers to the enemy. 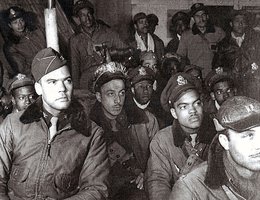 Heroes Not Welcome Sadly, after the war, America wasn’t waiting for the Tuskegee heroes with open arms. An NET Television’s THE WAR: NEBRASKA STORIES interstitial. Courtesy 2007 NET Foundation for Television